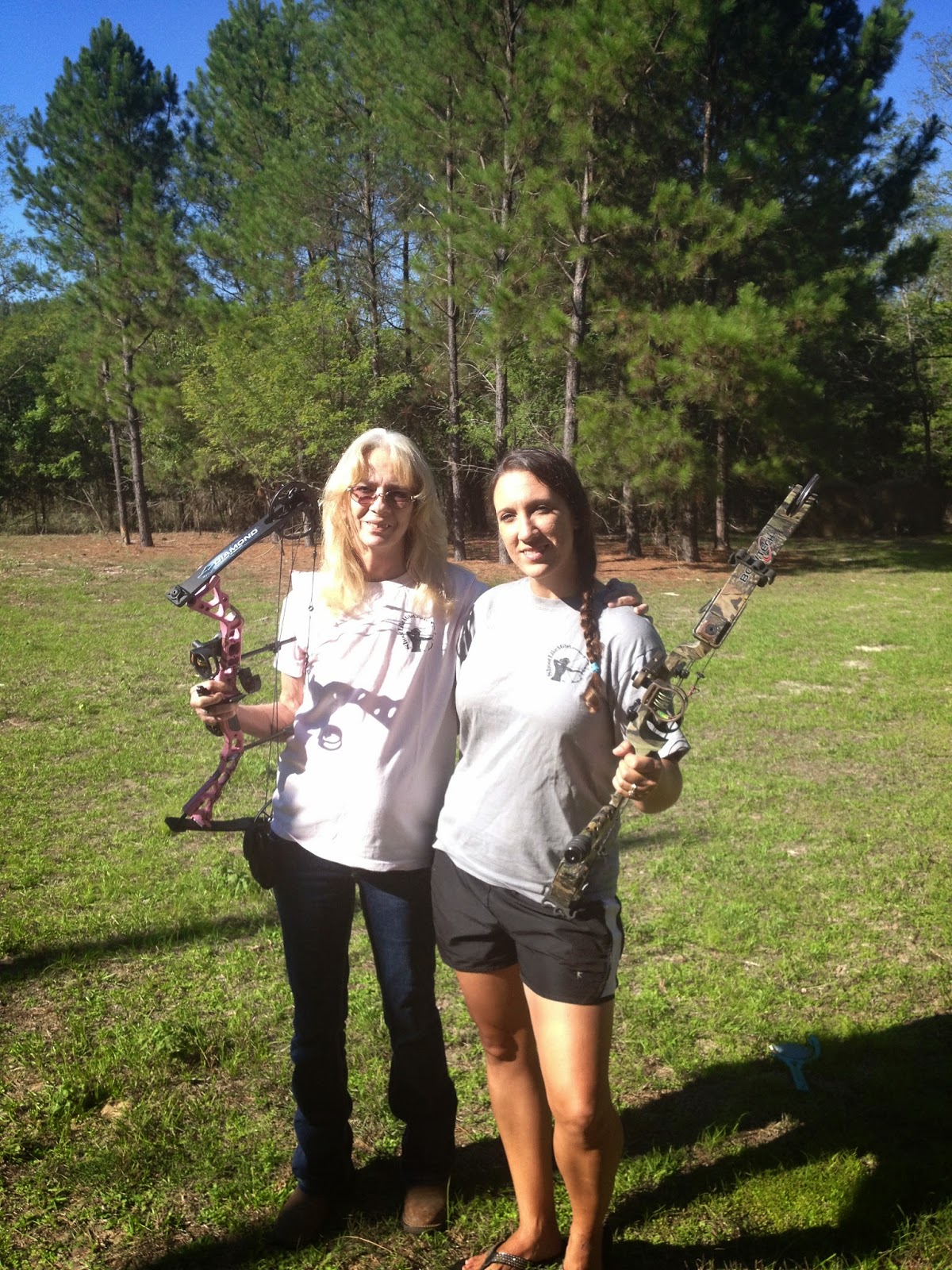 I was recently given an amazing gift albeit indirectly, from Diamond Archery.  In order for you to understand the magnitude of the gift though I must digress and give you some back story!

Growing up as a military brat with two working parents you learn a lot of different things from both parents. This is, oddly as it may sound, about my mom who has never actually hunted a day in her life…(for an animal anyway!).  My mother was in the Air Force before I was born and was severely wounded in an accident that left her in a coma for a couple of months.  This accident left her with some disabilities that would increase over time rendering her a 100% disabled vet.  My mom is a fighter though and so after marrying my dad who was also in the Air Force she began college and after several moves and transferred transcripts she finally attained her college degree when I was in elementary and my brother in high school.  The example she has always set for us was to persevere at all costs. We were never supposed to give up!  It was ingrained into me that I be self sufficient and independent.  This is why when I delved into a male dominated degree field to get my own degree I didn’t blink an eye. My mom has ingrained a “you can do anything you set your mind to” attitude in me.
After many years of teaching her disabilities eventually became so great that she was forced retire.  It wasn’t very long after that we found out that she had breast cancer.  Obviously we were all shell shocked.  After a few years battling breast cancer and a double mastectomy she stands victoriously cancer free. This is why I’m so passionate about our “I Shoot For the Girls” tournaments.  She lost A LOT of muscle mass but has physically recovered through the process though that once fearless, independent, “get into anything” mom I love so much was transformed a bit and scarred emotionally.  I missed that fearless woman and withdrew just a little from this new woman that emerged victoriously from the wreckage that is always cancer.  Just attempting to type the truth of this out I can’t even see the screen because of the tears. 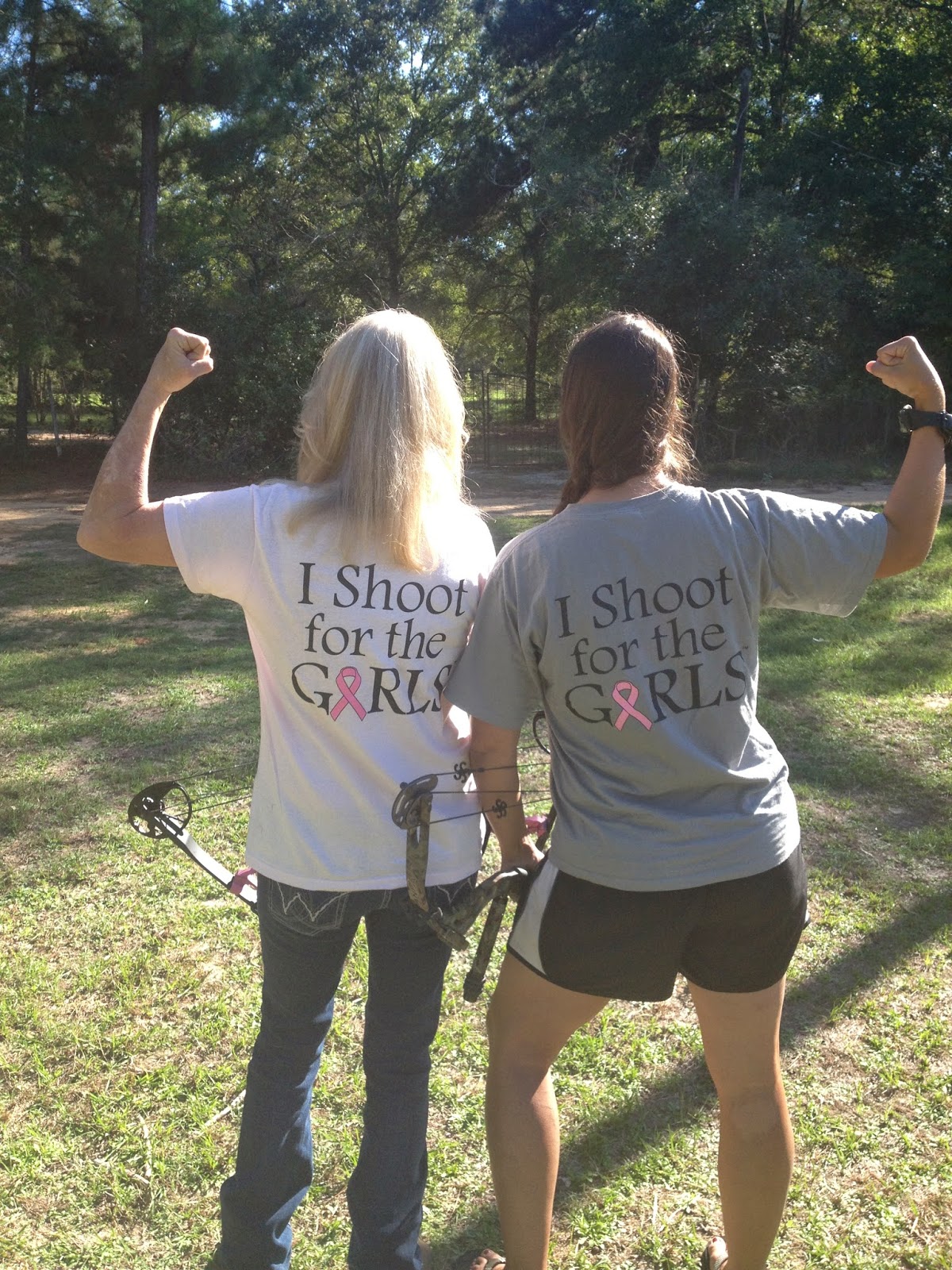 I mentioned a gift though.  I love to hunt. If you read my profile on our website you’ll understand that I owe the majority of that to my dad for teaching me how to shoot and my hubby and his dad for putting me in the woods.  Bow hunting has become an obsession of everyone in my household and so after 5 years my dutiful mother trying to reach out and have an even closer  relationship with me has developed a hunger to bow hunt herself. 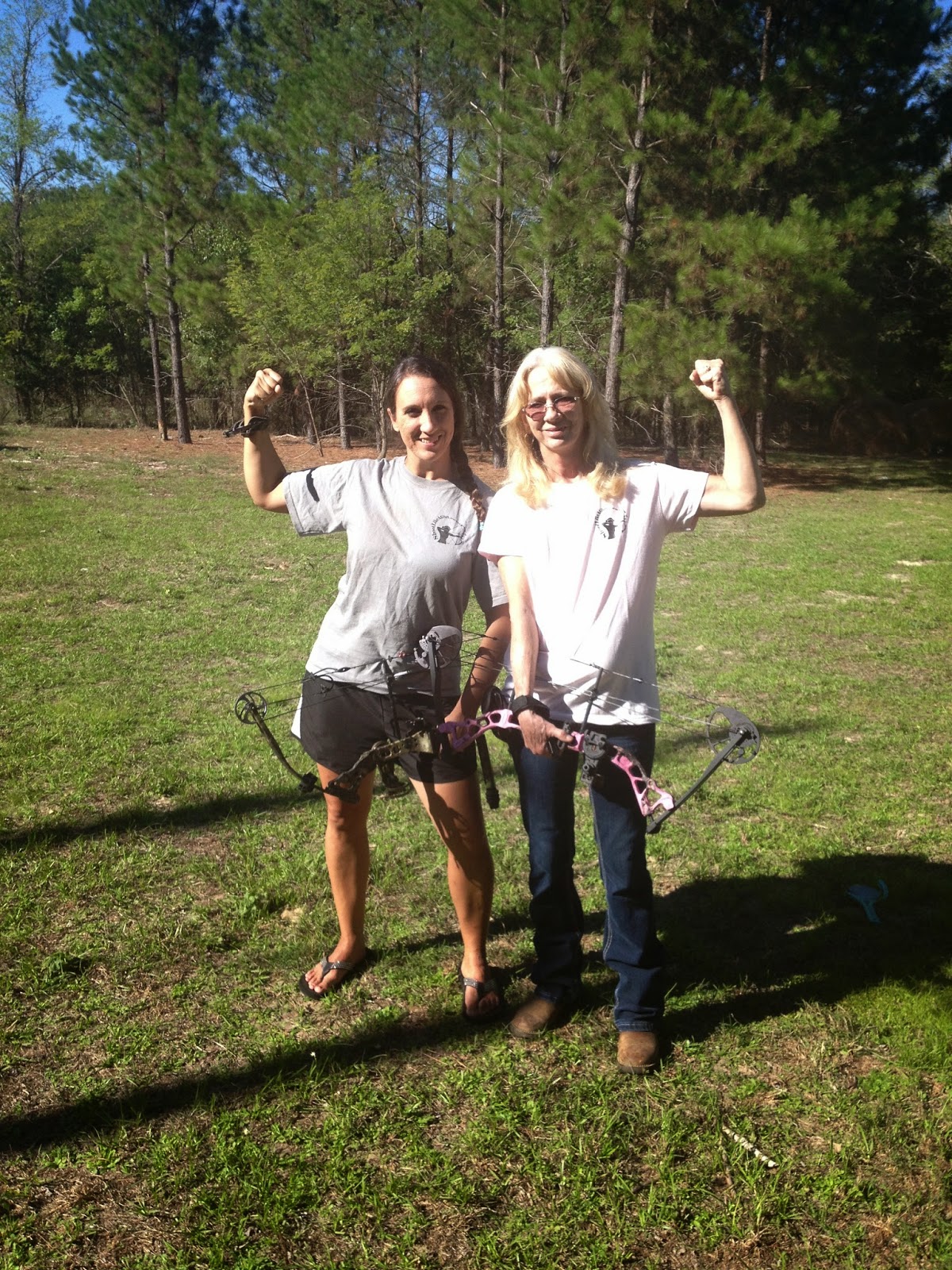 This was something I got excited about because when she called to talk to me about it and to plan a bow shopping trip she sounded revived. I got a glimpse of that tenacity that was so much a part of her explosive character.  Yesterday she arrived at my house with her brand new Diamond Infinite Edge and a fearless gleam in her eye! OH HOW MY HEART INSTANTLY CONNECTED! My husband was able to set her draw length and then through some adjustment due to her lost muscle mass was able to find a draw weight she could personally handle.  We talked about the mechanics and parts and then went to the range.  She was apprehensive a little at first because she said that I made it look so easy for so many years, but when that first arrow was released and it made that beautiful, harmonic THWACK of connection with the target that all archery enthusiasts recognize as sweet music anywhere, she grinned and we high fived! I started to see her shot after shot grow in her confidence and that fearlessness come out.  Those qualities that I so love and missed about my mom were released and she stood before me the mom that I had so missed! She stood empowered! BY ARCHERY! BY THE LOVE OF BOWHUNTING!  What a gift!  I’m so excited about our future endeavors! I’m excited about the advances in bow technology that made this possible for her! I’m so excited to have witnessed at 58 year my mom pick up a bow for the first time and totally SHOOT LIKE A GIRL!

Raychel Shaw is an instructor with Shoot Like A Girl.

A Family's Love for 3-D Archery