A Family’s Love for 3-D Archery

What is 3-D Archery? Most people would respond “shooting arrows at foam 3-D animal targets.” This is really only partially correct as it is also leadership, mentor ship, friendship, competition, sportsmanship, self-confidence building, and so much more. I’d like to share some personal experiences in hopes that it will encourage others to love the sport as much as my family and I do. Our son, Seth, was a very shy, introvert young man. He expressed to my husband, Doug, and I that he wanted to try archery when he was 9 years old. A year or two later we heard about 3-D archery. Seth tried it and LOVED it. He loved the challenges the outdoors brought versus the indoor shooting. The various terrains, shadows, wind, yardages, and different targets made it intriguing to him. Since Doug and I had never shot, much less than owned, a bow we were at a loss on how to teach Seth. This forced Seth to inquire with other archers to learn the sport and we noticed he began to become more outgoing and more self-confident, not only with archery, but also with his overall general personality. As parents, we were thrilled!  Seth’s little sister, Cassie, began to show interest too. By now Seth had graduated to a bigger bow, but still had his original bow. We peaked in on the kids and saw Seth helping Cassie try to pull back his old bow. They both became so excited because she could actually do it by herself and the draw length wasn’t too long! Doug and I quickly rushed back into the living room and pretended like we didn’t know what they were doing. They came running into the room, both of them chattering at the same time in excitement; thus, another archer was born! A few months later, we went to a 3-D shoot and Seth won a new bow, but it was too big for him, so he gave it to Doug. So now everyone in our house was shooting with a bow and I was shooting as fast as I could with my camera.

Until a couple years ago Santa (that’s what everyone calls him, but this Santa’s real name is Gerald) surprised me with a bow! I was so overwhelmed and truly touched. It was amazing how long it took to retrain my finger from clicking a camera to pulling the trigger on my release though. I never dreamed I would say that we were an archery family and owned a herd of foam animal 3-D targets! We love to have our own family rivalry and compete against each other to determine who gets the “bragging rights” in the household. Often it gets quite comical.
We’ve learned so much from other archers, both Professionals (aka Pro’s) and Amateurs. Everyone is always willing to teach you new techniques to help you progress as an archer. Our family grew from a family of four to a family overflowing with our extended archery family. One of the more humorous times was when Seth and I were on the practice range in Kentucky while Doug went with Cassie while she competed. Up walked 3 of the Pro’s and asked Seth if they could practice with us. I felt my heart start pounding so loud I swear it had moved up between my ears! It was my first year of shooting and all I could think was that I was totally going to embarrass myself and Seth (you know how teenagers are). The Pro’s were so awesome. They provided tips to Seth and I and I actually hit three twelve’s in a row (I was shocked)! Then they told Seth to step up there (by the way, Seth and Doug are my coaches) and he got an eight. He said he wasn’t nervous, but I think he was. They then told me to step up there again and told Seth to watch me! I started laughing and told them, “who do you think taught me??” They laughed and told Seth to do what he taught me then…and he got a twelve! We all laughed so much and we still laugh about it today. That’s when I realized the camaraderie in 3-D archery is truly unique. Everyone is always willing to help one another. We have each had multiple opportunities to “pay it forward” and help provide equipment and teach what we have learned to other new archers.  It’s such a rewarding feeling to see a person’s face light up when they succeed in hitting the target where they wanted to.

For the Love of Bow Hunting! 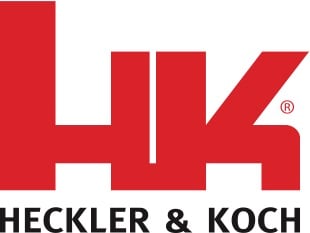