Shoot Like A Girl admin note:  The following article is an account of Liz Lazarus’ attack, and how she came to be an author.  Her books inspire confidence and courage and we highly recommend them.

From Liz: When I was a senior in college, a stranger pried open my kitchen window and crawled inside my home in the middle of the night. He kicked open my bedroom door which jarred me awake.

When I saw his dark silhouette in my doorway, I remember thinking, “Is this real?”

Immediately, I felt a sinister vibe and knew—this was real. I had seconds to react before he pounced on me and threw me from my bed to the floor.

You never know how you’ll react in this kind of situation. Will you freeze, comply, fight back? Luckily, my instinct was to fight. I recalled the few self-defense moves I knew. First, I tried to kick him in the crouch, but he had my legs pinned. Then I tried to poke out his eye, but he saw my fingers coming at him and bit my hand. All the while, I was screaming at the top of my lungs while he pressed his palm over my mouth. I managed to free one of my hands and groped for anything I could use for a weapon. I found the leg of my night stand and yanked it forward. The lamp that had been resting on it tipped forward and crashed onto his back. With a slight twist, he tossed the lamp off him as if it weighed no more than a feather. My attempts to defend myself were not working.

I thought about my two female housemates. No one was rushing to my aid. What had he done to them? That thought made me panic even more. I can’t tell you how long the struggle lasted.

Time stood still. There was no past, no future—only the present and I vowed that I was not giving up.

In the midst of our fight, he spoke, saying “If you shut up, I’ll leave.” I was shocked. For the first time, this beast became human, trying to negotiate rather than enforce my silence. No way was I going to shut up. Instead, I screamed even louder, hoping it would unnerve him.

To my surprise, he got up and ran out of the room. Once I realized he was actually leaving, I grabbed my can of pepper spray from my nightstand and ran after him. I stood on my front porch, hair tussled, fingers bleeding, wearing nothing but a T-shirt and underwear, and watched him run down the street until he disappeared.

I ran inside and called my next-door neighbor. He was over in seconds and called the police. One of my housemates wasn’t home. The other was frantically trying to call for help but the kitchen phone was off the hook, disabling it. Unfortunately, I didn’t get a good look at my attacker so I couldn’t give the police a detailed description. Back then, they didn’t take any DNA, and I got the impression that because I wasn’t raped, there wasn’t much they were going to do.

After the police left, I had my neighbor stand guard as I got ready for class. Yes, I actually went to class that morning, although I couldn’t speak—my voice was too hoarse from screaming. My parents came up and my dad turned that house into Fort Knox. I thought about moving, but I was going to graduate in a few months, so tried to put the whole episode behind me.

But I couldn’t put it behind me. I couldn’t sleep in the dark. I had nightmares. I had to search the house, every nook and cranny, before I could feel comfortable. So I started to journal about that night and the paranoia I was feeling. Little did I know that those journals were the beginning of Free of Malice. 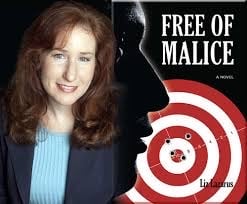 Not long after the attack, I told my brother-in-law that I wished I’d owned a gun instead of that can of pepper spray. I would have shot the guy as he was leaving. He said I was lucky I didn’t—that shooing a fleeing assailant in the back, when he was off my property, may not be considered self-defense. I was flabbergasted. In my mind, I had every right to shoot that intruder. The idea piqued my curiosity and I started my research for my novel. What would have happened to me legally if I had shot and killed my assailant as he ran away?

My final inspiration to write the book came from my mother. Not long after the attack, she asked me something that stopped me in my tracks. It was atypical for her, and frankly, it blew my mind. Her question gave me the idea for a twist ending for the novel—an ending that most people don’t guess. I’ll be happy to share her question once you’ve read the book. But until then, no Spoilers!

Yesterday, I received that note on Facebook (AuthorLizLazarus) from a woman who’d read Free of Malice based on a friend’s recommendation. She wrote, “I’m not a reader but man you’re a great author – I’m really enjoying your books.”

Funny that she doesn’t consider herself a reader, because she’s reading. I understand, though, because for the longest time, I didn’t consider myself an author. I just had this story inside of me that wouldn’t leave me alone until I wrote it down. And the overwhelming positive feedback for it launched my writing career, where I aim to entertain, educate and empower women.

You can check out my books on my website:  www.lizlazarus.com

There you can download a free sample chapter or click the link to Amazon or B&N, where you can buy a paperback, e-book for Kindle and Nook or an audio book.

Things to Consider When Developing A Personal Home Safety Plan

Getting Started in Archery 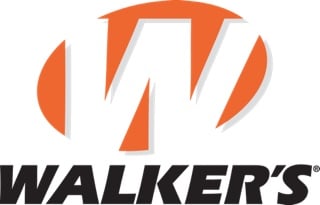