Hunting, Top News
4 weeks ago
by Karen Butler
0
Montana. I’m on the plane reflecting about my hunting trip to Upper Canyon Outfitters in Alder. Todd and I had such a good time visiting with our friends Donna and Jake McDonald and making new friends. It was especially a pleasure meeting our guides: mine was Bill Wood, a very accomplished shooter and guide whose personality just made you feel like you could accomplish anything, and Todd’s guide, Brian Smith who is a genuine cowboy.
Both men are simply good individuals with a down to earth outlook on hunting and life. Originally, I thought I could post a BLOG every day, but the days flew by. We were up at 4:00 or 4:30 am each day. Shortly after, we would have breakfast, gear up and then off we went.

We hunted from sunup to sundown and would make it back to the vehicle well into dark, and then head back to the lodge for dinner, and–you guessed it–bed! This trip has been exhausting and exhilarating all in the same breath. To pick up on the previous BLOG, day three of the trip started off on horseback.
Bingo and I were ready to hit the trail. Todd’s horse Dunny was also ready. Todd is an old cowboy, and he was at ease on his mount.
I was at ease too, but did manage to run my horse into a tree, when I thought he was getting too close to the edge of the cliff we were on. We rode for about an hour and a half. It was beautiful to ride through the mountain bottoms and up little ridges, across streams and down hills, all just as the night starts turning to day.
We got to a valley, dismounted and tied the horses up. A fire was built and we sat in the valley glassing the mountain sides looking for sign of Elk or Deer. Once we decided where they might be, we took off to find them.
We climbed (yes, this is a trend in Elk hunting) up a slope and found Elk Sign everywhere. The bulls urinate in their beds and leave a nasty smell, but finding the beds was like finding the needle in the haystack, because we knew they were near. We sat above those beds still dark; however they were not cooperating and we once again we were stumped.
The temperature had warmed up to the high 30’s and the temperature the year before was -20 degrees; so it made things a bit more difficult. We rode out at dark, and that was slightly scary, as even in the starlight (there is a reason they call it Big Sky Country) you can’t see very far ahead in the bottoms of the Rocky Mountains.
I had to trust that Bingo wanted to go back to the horse trailer! So, day four of the hunt, was windy to say the least. The wind started howling sometime during the night, so loud that it woke me up. Luckily, I was so tired I quickly fell back asleep.
When we got up in the morning, the thought of going out in the wind wasn’t the most appealing, but the thought of missing the experience of the hunt was less appealing. So off we went. Todd and I went different directions that day. He walked a bit higher than we walked, not that I thought that was possible because I felt like I was on top of the world.
This was an exciting day, but with a very rookie mistake. I’m being brutally honest in this blog so you can learn from my mistakes. Bill and I were skirting the side of some timber, and suddenly he gave me the stop sign, then the move forward slowly sign.
There were Elk in the timber! I got my rifle out and Bill said, “Where is your magazine?” I shrugged, checked pockets, and once again during this trip used some language that we won’t repeat in this blog.
Luckily, I did have bullets, and I pulled one out and it was chambered and ready to go. Did I mention it was windy that day? You guessed it, they winded us, and as quickly as we found them, they vanished.
We moved up and around the ridge in hopes to get them. We got to a spot on the ridge that we could see three sides and we sat there in the wind. Bill built the best fire, because the wind was howling like crazy! We sat there till near dark, and then gave up for the night.
The Elk were not moving in that wind and I must say I don’t blame them at all! With two days left of the hunt, the thought occurred to me that we might not have a successful harvest. What was strange about that is it really didn’t matter to me.

For all you hunters out there, you probably understand, but for non-hunters I will try to explain. The fact of the matter was that I was spending this week with my husband, accomplishing things that I didn’t think were possible, experiencing nature first hand, breathing in fresh clean air (even though at times, it was more like sucking in clean air), spending time with great friends and actually doing something that is exciting and exhilarating.
There may be a bonus pay off at the end in the form of a harvest, but to me that is all it is, a bonus, as the reward was already mine. Of course, I still absolutely wanted to go for the bonus! We drove high into the mountains, and then into we hiked up again (the trend).
Todd and Brian went one way, and Bill and I the other. Bill hiked me up to this beautiful spot where there was a tree stump sticking up that was big enough for a back rest for both of us. I sat there a few minutes, and suddenly realized I was on the edge of a huge cliff!
I’m not embarrassed to say, I am scared to death of edges of cliffs. I looked at Bill and told him that I should have taken my Hunter Safety System Vest with me, to tie onto this stump with; then I would not be scared, just like when I’m in my tree back in Alabama!

Anyway, we saw tons of tracks but no game. This day was particularly warm for the season. The factors you can’t control on a hunt, the weather and the movement of the animals.Bill decided it would be better if we left that spot, and walked through the timber.

This was an awesome experience, as we moved down. Things are much different when walking through the land that we were just watching from above. There were gentle streams flowing through, birds and other animals flitting around, and really deep snow drifts!
Bill did hike me up a very steep hill, only to get to the top, and change directions right back down, which meant I would have to climb up and again later. I joke about this, but I was really proud of myself, and honestly that is what you have to do; you must climb up look over the ridge to find the elk, which are very very good at hide and go seek.
We met Brian and Todd back at the truck later, which, by the way. had does all around it. No bucks though. Then we spent the remainder of the afternoon scouting for the last day’s hunt, trying to figure out where those elk were hiding.

Sign was everywhere, but the warm and windy weather had them hunkered up. The last day of the hunt in Montana, I woke up like I was competing in a large archery competition. The somersaults in your stomach of nerves and excitement–this must be the day!
This was the first day that Todd and Brian went to a completely different area. Bill and I went back to Bone Hollow, Montana. That was where we saw the most does, and Narly, the buck from day one of hunting was there!
We climbed up again. I forgot how high this area was, but was comforted that I did so much better at scaling the side of this than on that first day! We sat where we had seen Narly before, but there weren’t even any does in the area.
We had seen does as we were walking in; so Bill and I walked down to the bottoms, and sneaked through looking for bucks. We found some more does, some elk sign, but no bucks.
We decided to go to a completely different area, and–typical of Montana–we hiked back up and down to the truck, and headed to the ranch for lunch and to regroup. This proved to be our most important move, because when we got there, we heard of a huge whitetail buck in the river bottom by the willow trees.
It was an easy decision for me to say, let’s go! We went out at around 2:00pm. There was a blind already set on this perfect whitetail hunting area. As we were getting in the stand, a buck around 150 was chasing does in the willows!
“Wow, I thought!
Bill said, “Karen, could you just shoot him now?”
It was a bit too far after he ranged it, so into the blind we climbed. We sat there for a couple hours, watching two different bucks. They both needed to come out of the willows, jump a fence and into the field for me to shoot.
The does did, but the bucks would just walk to the fence and then turn around and say, “Psyche!” Finally a buck decided to chase a doe. He jumped the fence, and took off only 75 yards from us, but at a full run after a doe.
Bill is like do you see him? Guess what, I couldn’t find him in my scope. I probably should have turned it down from 9 power to 6 power. I peeked over the top of my rifle, and lined up, dropped into my cheek weld, and there he was, and he was stopped. He was 150 yards away.
I aimed, achieved my breath control, froze and squeezed the trigger.
It happened so fast, but shot was good, and I had harvested my first buck with a rifle.
Later that day, Todd also took a Mule Deer Buck! This experience was fantastic. It was made possible by having a great outfitter and guide, good clothes that fit, good equipment and gear and the endurance gained from my pre-hunt exercise program to meet the physical demands of hunting in the Montana Mountains.
I am so thankful to Donna Tate McDonald and Jake McDonald of Montana’s Upper Canyon Outfitters, Bill Wood (my guide), Brian Smith (Todd’s guide), Haley Vines Outdoor Collection clothing, Prois clothing, Leopold Optics (scope and binoculars), my Tikka T3, .30-06, Natalie Westbrook (my trainer), and most importantly my husband Todd for his steadfast support and encouragement, and God who gets credit for all. 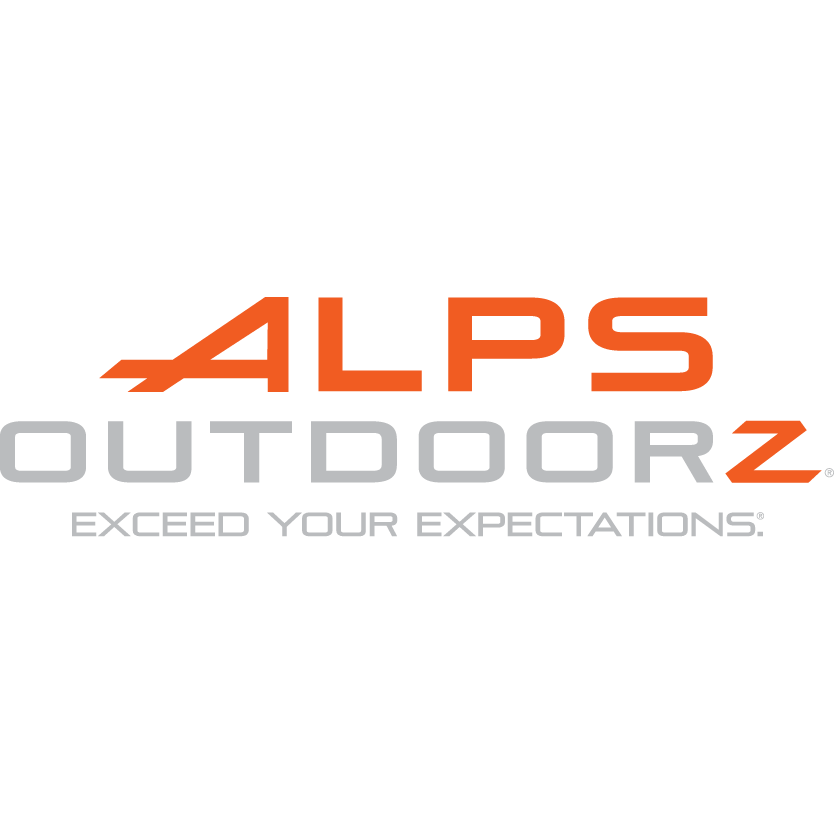