Last year, I went on my 4th elk hunt.  I was hopeful this would be the year that I filled my freezer with tasty elk meat, provided by my hard work and experience of a lifetime … however, once again, it didn’t work out as planned. I came home without any elk meat.  So, my score so far: Elk – 4, Butler – 0.
Or, is it?
I am a big proponent of the experience of the hunt, but this year before I departed I was more concerned with the outcome. Success, this hunt, would be an elk, and the experience would only be “worth it” if I achieved that goal.  This feeling I had as I prepared and began my hunt was contrary to everything that I talk to people, particularly women, about.  I will tell ladies that although cliché, the experience of hunting is cathartic, and the peace and strength you find in yourself while hunting is as rewarding as the harvest.  I know, my newly found attitude this year was quite hypocritical, but in being honest, it is exactly how I felt going into day one of the hunt. 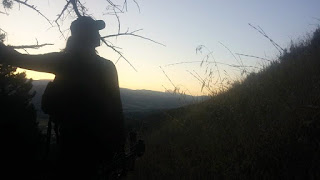 Shoot With Us at the Virginia Outdoor Sportsman Show, Richmond, VA