Women on the Rise in Shooting Sports

May 11, 2015 By Bozeman News Wire
Women on the Rise in Shooting Sports

The gun industry is meeting the demand from this new market by downsizing popular models originally created for larger hands. Lighter weight, smaller profile handguns suited for the hands and concealment needs of women are top sellers. Because shooting and archery share the same marketing demographics, many shooting companies like TRUGLO are defining multiple female niches through archery, crossbow and shooting accessories.
While the industry ramps up, another need arises — creating educational outreach programs on the front lines that are customized for women. Shoot Like A Girl serves that purpose. The foundation seeks out women shooters at sports shows, clinics and hunting expos. Established female shooters, including a pro-staff, connect with newcomers to create a win-win for everyone.
What’s more, Shoot Like A Girl cleverly introduces women to a byproduct of gun ownership that resonates with many: the social aspect. Women like to bond with other women in the outdoors, and Shoot Like A Girl provides that opportunity.
Shoot Like A Girl follows up by presenting women the opportunity to learn about the natural progression from firearms to archery. The momentum from archery continues by creating excitement about whitetail deer hunting — a traditionally male-dominated sport. TRUGLO is on board to help foster this experience as a corporate partner with Shoot Like a Girl, along with other leading archery and gun manufacturers.
That’s good business — and smart for a sport that now appeals to women. Bows are easier to draw. Many features seemingly designed to make archery hunting more appealing and accessible for men are attracting women. Accessories like sights, stabilizers and releases are more technologically advanced. The technology improves the odds of success when shooting and that attracts more hunters — including women.
Search the aisles of sporting goods retailers and you’ll find apparel sections devoted to women. Pink is the new camo and you can find both in the

same garment. If that’s not enough evidence that women are interested in hunting, here’s more. Of the participants in Shoot Like A Girl, 62percent plan to purchase a gun, falling in line with the rise in numbers reported by the NSSF. Growth numbers are similar in the exploding archery shooting and hunting segments. An impressive 51-percent of Shoot Like A Girl participants plan to purchase a bow.
Shoot Like A Girl is growing and so are the events on tap for sports shows and major retailers. Keep up with the latest schedule at shootlikeagirl.com. You’ll also find email addresses for the foundation’s staff and volunteers.
TRUGLO is the world’s leading company in fiber-optic technology for the shooting sports industry. Born from innovation, TRUGLO continues year after year to enhance the marketplace with technologically advanced and innovative ideas for the outdoor shooting enthusiast.  Based in Richardson, Texas, TRUGLO is a brand recognized worldwide, celebrating over 20 years of offering only the very best to shooters and hunters around the world. Giving back to an industry it loves, TRUGLO is involved in many conservation groups, youth programs and organizations that promote the values that it believes are necessary to guarantee the industry’s future. Visit www.truglo.com.  TRUGLO – When Brightness Counts!
Original Source: Truglo.com
Previous Article

2015 NRA Shoot Like a Girl Interview with Federal Premium 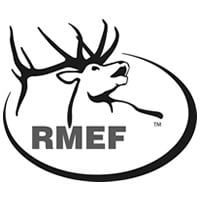