Shoot Like A Girl’s debut of their innovative Firearms Test Shots™ program at the 2013 Wrangler National Finals Rodeo Cowboy FanFest in Las Vegas, Nevada, was a huge success! In the ten days of Cowboy FanFest, Shoot Like A Girl had just under 900 shooters through their trailer, where women shot a 9mm Pistol, a .223 Rifle and bows. Of the nearly 900 women through the trailer, 48% of the firearms shooters and 72% of the archery shooters were new or inexperienced shooters who had never shot a gun or bow before, or it had been years since they fired their last shot. 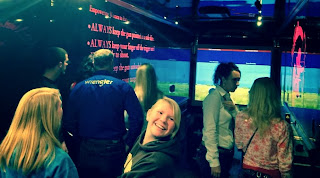 In the ten day show, ladies from across the United States, Australia, Canada, England, Holland, France, Germany, Mexico, Peru and Spain entered the trailer and were able to move through three shooting stations with Shoot Like A Girl’s team of phenomenal instructors: Jennifer Blake at the pistol range; Raychel Shaw at the rifle range; and Ginger Morehead at the archery range. These instructors utilized Shoot Like a Girl’s proven process to lead the shooters through a quick familiarization enabling shooters to execute safe shots with a pistol, rifle and bow with confidence! 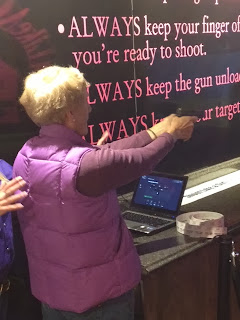 Shoot Like A Girl’s mission is to grow the number of women who participate in shooting sports by giving them the opportunity to shoot in a safe controlled environment. Shoot Like A Girl created new shooters during FanFest, but they also empowered women with a confidence that comes with shooting. Shoot Like A Girl’s instructors saw first hand the impact and positive responses these women had from shooting a pistol, rifle and bow. Archery Instructor, Ginger Morehead said, “The big smiles and high-fives shared with first-time shooters at NFR Fanfest will forever bring joy to my heart.” Pistol Instructor, Jennifer Blake stated, “You can truly feel the excitement coming from these new shooters, ready to go home, find further training and start a new lifelong activity wit their families!” Rifle Instructor, Raychel Shaw sums it up, “As women continued to come in and shoot and grow in confidence with every shot, there were moments and women that brought tears to my eyes at the accomplishment and excitement they felt in just ten shots.” 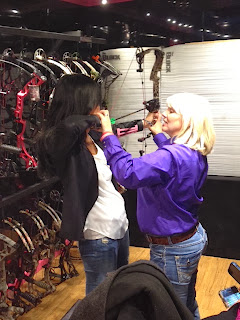