Always remember your four safety rules anytime a firearm is being used.

1.  Treat ALL guns as if they are loaded.  (I do this even with my rubber guns. I want this to be second nature.)

2. Never point the muzzle at anything you’re not willing to destroy.

3.  Keep your finger off the trigger until your eyes are on your target and you have made the decision to shoot.

4.  Know your target and what’s beyond it.

Obviously in a high stressed situation your grip is far more important than your feet, but it’s important to have balance while you are shooting in any situation.

There are a few shooting stances you can choose from. There is an isosceles stance, a weaver stance and a modified weaver stance.

An isosceles stance or a modified weaver stance is what I personally like to use. Having a martial arts background, I tend to go more for these two for balance and ease of movement, with my knees softly bent for stability.

For Isosceles, you want your feet shoulder with apart and your weight more on the balls of your feet. Basically, you should be able to lift you heals easily on both feet.

Make sure your shoulders are over your toes. You need to be in a comfortable position and leaning forward by bending at the hips. This will help stabilize you during recoil during shooting.

Your arms will be extended out, holding your firearm, making an isosceles triangle with your arms and your body is the third side. If you were looking from the ceiling down you would see a triangle made with your arms and chest. Your legs are making another triangle as well, giving you a solid platform to shoot from.

The modified weaver stance is basically the same as the isosceles except your strong side foot is back about six inches, or half the size of your foot.  So, if you’re right-handed, your right foot would be slightly back. If you’re left-handed, your left foot would be back.

This used to be used more for police as it makes their body a thinner target. It is harder to move in both directions easily with this shooting stance. This is also the footwork that you would use for long guns as well.

The shooting stance is just the beginning.

Whatever stance you choose make sure you have a solid grip. Then it’s all about sight alignment and trigger pull to make those accurate shots.

What’s in Your Range Bag? 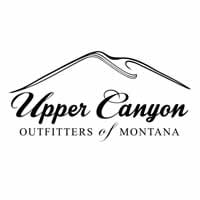