I recently heard the term “accidental activist” at the NRA’s Women’s Leadership breakfast at their National Convention from NRA board member Linda Walker.  That term resonated with me on so many levels, because Shoot Like a Girl has given us a platform to talk positively about shooting sports, conservation and safety. When I started Shoot Like A Girl, I didn’t realize that this accidental activism lay just around the corner, and I am thankful that we live in a country where we can promote our passions, even though (and especially since) some people oppose them. It is because of that opposition to our way of life that I ask you to also be “accidental activists”.

The word activist brings different connotations to different people. To some, it may bring back memories of Marsha Brady tying herself to a building with a wrecking ball swinging in front of it, or mass protests and marches in the streets.  Webster’s defines activism as “a person who uses or supports strong actions to help make changes in politics or society.” “Strong actions” don’t have to be the extreme; strong actions can be all of our voicescarrying the positive message about shooting sports, conservation and safety. I encourage you to talk to your friends who hold different views on shooting sports about the positive rewards that come from it, about the conservation value gained from hunting and about the importance of safety in doing both activities.
I have found that we can make a difference. I’ll share one example that comes to mind about hunting. While on my way to an elk hunt in Montana, I sat next to a person who had a very negative view of hunting and hunters. He was surprised that I was one of “those people” that hunted. (This is where we women really can make a difference.It is unexpected socially that we are shooters or hunters, so our words matter.) He said that he lived in Colorado, and had a giant herd on his land, and he would “NEVER” let anyone hunt it. I told him that was his right as a landowner, but had he noticed the herd getting larger? He said yes. I mentioned that too large of herd could be bad for the environment and the animals. I suggested he have a wildlife biologist visit his land and assess his herd. My guess was he would need to cull it, in the name of conservation. I suggested that he allow hunters to hunt the land and donate the meat to the poor. He lit up. He said, “I have never looked at hunting that way!” The fact of the matter is, people just don’t understand our way of life; together we can educate them on the value of shooting sports, conservation and safety. 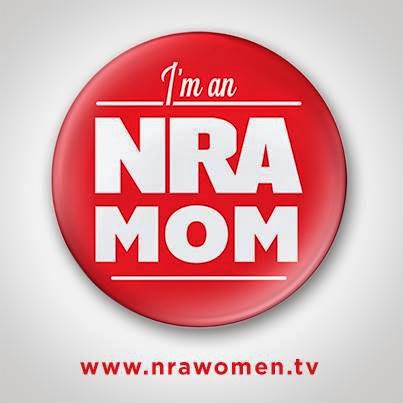 Again, I encourage you to speak up and become an “accidental activist,” too.  Together we can ensure the preservation of shooting sports. Also, if you haven’t joined the NRA, I encourage you to do so; your $25 can make a difference at https://membership.nrahq.org.

Karen Butler is the president and founder of SLG2, Inc, DBA:  Shoot Like a Girl.

Come See us at the World Deer Expo in Birmingham Alabama!

Instructor’s Corner: Mark the Locations of your Sight and Rest