Darryl Bolke, Training Consultant to Shoot Like A Girl, is a retired police officer from Southern California.  He was a Senior Corporal and Firearms Instructor and Armorer assigned to SWAT for over 17 years as well as a use of force instructor and edged weapons instructor.  His assignments included ten years as an FTO, working crime suppression, bicycle patrol and he spent four years as a full time flight officer in Air Support.  Darryl is recognized by several courts as an expert witness in firearms and use of force.

Darryl has been in the firearms industry for well over three decades at every level from retail, retail owner, gun writer, and pro staff.  He currently is a co-owner of Hardwired Tactical Shooting in Dallas, Texas.  He also teaches at numerous national conferences.  Darryl has been instrumental in the design of numerous knives from various makers.  The USMC issued  Assaulters knife is named after him. 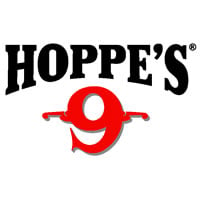