We asked Angie Kokes a few fun questions. Leadership Staff Spotlight is designed to help you get to know our awesome team of Leadership Staff a little better. Angie lives in Nebraska and is and an avid hunter. 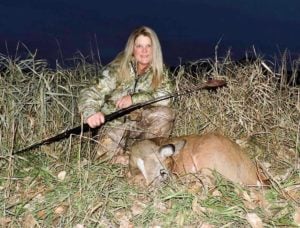 If you could only hunt in one season which one would it be? – I feel like I’m cheating on all the other seasons by answering this question.  But I’d have to say bow season which also doubles as spear season.  Four and half months of chasing whitetails is heaven on earth to me.

What’s your favorite location to hunt? – Home!  Being from Central Nebraska and living along the North Loup River, I simply couldn’t ask for a better place to hunt.

Who introduced you to hunting? – My dad as soon as I was old enough to tag along.

What do you hunt for? – Basically whatever is in season and whatever I can.  I also trap during the winter months.

What hunting skill would you like to master? –  I want to one day spear a bear.

What would be the most amazing hunting adventure that is still on your bucket list? – Spearing a bear….can you tell I’m hung up on that?  I’ve put so much work into learning to exel with the spear… to be able to go after a bear I’m a little obsessed with it.  And someday I want to go after the giant non-typical muley that I’ve dreamt about for years!

What hunting skill do you wish you knew more about? – My brother in law got me a blow gun for Christmas that has been a blast to play with, but so far I haven’t gotten a shot at a rabbit, but it’s coming I promise you that!  I’d like to get more accurate with the Atlatl, and get better at calling ducks and geese.

What’s the hardest hunting lesson you’ve learned? – To listen to my gut.  I was hunting what may have been a state record bow whitetail in 2013 and we moved a stand in on where I had patterned him.  Just as we finished getting it set the wind switched and made it just all wrong to hunt the location that day.  After cleaning up and walking back in everything in my heart told me to not worry about the wind and get in the stand.  I didn’t listen and instead hunted the wind and had to watch the buck come from the opposite direction he’d been coming for three weeks, walk right up to the ladder stand and rub on it.  Watching the whole show from my upwind position just 200 yards away  I wanted to throw up, cry and scream all at once.  It haunts me to this day.

What could you give a 40-minute presentation on with absolutely no preparation? – Spear hunting

How many pairs of hunting boots do you own? – Probably 2 or 3.  It might sound crazy but I will take off on a spot and stalk in my work clothes and cowboy boots if I happen to be out working and see something to go after.  Yes I always carry my bow with me everywhere during season.  So my work boots kind of double as my hunting boots.

What style of hunting are you most passionate about? Spear, Bow and anything Primitive or challenging.

What do you like most about Shoot Like A Girl’s Mission? – I love everything about SLG’s mission!  I’ve always been super passionate about introducing women to the sport of shooting.  And any chance to empower a woman with confidence, especially with a firearms or equipment she may have once feared is even better!

If you didn’t have to sleep, what would you do with the extra time? – I’m a hobby junky so anything working with my hands and mind and making and designing something.  I’d like to write a book someday too.

What hobby would you get into if time and money weren’t an issue? – Knife Making

What non hunting related skill would you like to master? – I’d like to learn the fiddle or banjo

What non hunting related do you wish you knew more about? – Wood working with roots and tree stumps and different kinds of inlays.

What are you interested in that most people haven’t heard of? – I pretty much wear my life on my sleeve, so I think most people probably know everything about me, which relates to if something is a challenge or someone has suggested I might not be able to do something I’ll be out there trying it the next day.

What’s the farthest you’ve ever been from home? – Northern Quebec

Where do you usually go when you when you have time off? – What is time off?

Who inspires you to be better? – The Good Lord and my husband

What are three interesting facts about you?
– I’ve had 28 broken bones including two vertebrae in my neck
– I’m a former Miss Rodeo Texas Tech
– I love hard, physical work

What is your biggest fear? Spiders and Helicopters, nope, nope, nope!

If you could only eat one meal for the rest of your life, what would it be? Pizza or Steak it would be a toss up.
List two pet peeves
– Liars & Cheaters…I have no tolerance for either.
– People with skills they don’t appreciate or use.

Which of the five senses would you say is your strongest?- Although I’m hard of hearing around background noise, when I’m hunting my hearing is probably my biggest asset.

One thing that not a lot of people know you love to do? – I love fixing and building fence and do a lot of custom work for people.

Mountains or Beach? – Both

Anything else you would like to add? – With so much chaos in the world including the gun and hunting debates I’m thrilled the Shoot Like a Girl Trailer exists and is out there actively educating people with facts and not opinions.  I’m blessed and proud to be a part of this great team! 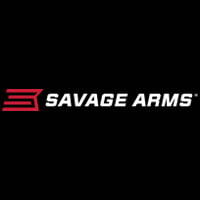