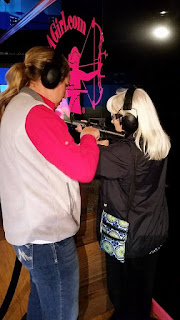 I will never forget her. It was my first show, a trial to see if I had ‘it’ to become a Shoot Like A Girl Instructor. After a tough set up in the rain and a run through of range procedures, we were ready. I love teaching, it was a gift passed down from my mother who is a baby whisperer, I mean a swim teacher. I have watched countless hours of her tender and, firm but gentle approach, learning and emulating as much I could.
We were preparing for a lunch break, when a woman entered. Karen had cleared the trailer leaving only the instructors, so this woman would be free from worry and stress of critical eyes watching. As she approached the rifle station, I could see her visibly trembling, I could sense her anxiety as she approached. I introduced myself and our eyes met. Tears were brimming and I asked if she was okay. She told the story of a violent childhood, where guns were used as a scare tactic, that she had witnessed a shooting and had never held a firearm. I told her, she didn’t have to participate if she didn’t want to and I would explain the process before even letting her handle the rifle. She nodded that she wanted to continue and said something that I will admire her for forever, “I want to have courage, this is me being brave”. I smiled gently and walked her though the mechanics of loading the firearm. She shouldered the rifle and shot once, tears streamed from her eyes and she asked me to take the rifle. With the flood of emotions she needed some air and exited the trailer. To be honest, I felt a little like a failure. Only one shot? That was all I could get her through?
As I was beginning to believe the sceptics in my own mind, she came back into the trailer. She came straight to me and hugged me still weeping. She graciously thanked me and thanked me for a chance to conquer her fears. Still shocked and amazed, I thanked her for her display of courage and told her it took a lot to be that brave after all she’s been through.

I know “Instructors Corner” is supposed to be tactical advise on gear or shooting techniques to help people become better shooters. But my advice from this experience and my own life, is that being brave will be uncomfortable but to have courage in those moments. For a lot of women, shooting (bows or firearms) can be intimidating. Heck, sometimes being a woman can be overwhelming. But doing those things which we think we cannot do, makes us stronger and more confident, if not wiser. Even Shoot Like A Girl was started by a woman calling deep on her courage and being brave. So my ‘advise’ is, to find opportunities to call deep on your courage and be brave, and encourage those around you to do the same.
Previous Article

Weatherby Inc. Signs on as Corporate Partner with Shoot Like A Girl 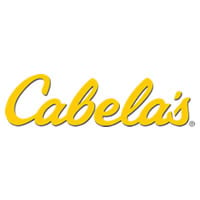